CALLIE’S COWBOY was voted Best Silhouette Romance of 2004 by CataRomanceonline. 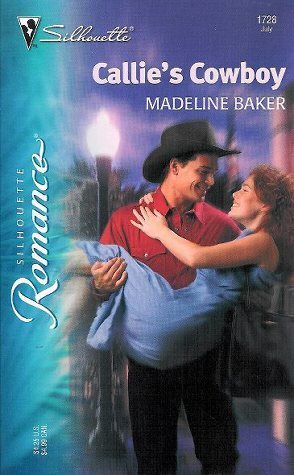 WeWriteRomance.com said:
This novel made me cry and laugh with joy.
It really put me thru all the emotions.
It is a must read for all the romantics out there. 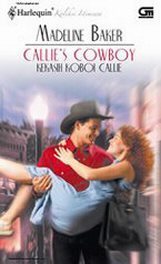 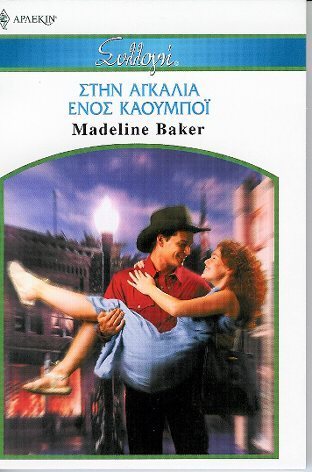 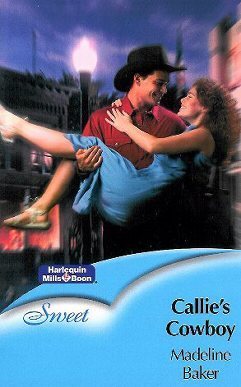 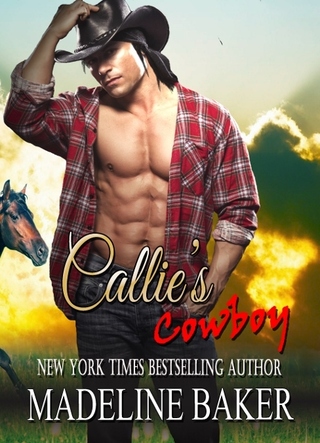 He was gorgeous...from his cutoff tee and skintight jeans down to his scuffed boots. She's only dared to sneak a peek. Then, with a knowing wink and a roguish grin, the sexy cowboy was gone. Callie Walker figured she must have been hallucinating. But when she took a wrong turn on a dark country road, she awoke in her car to see him rapping on her window.

Cade Kills Thunder had no idea what city-girl Callie was doing in rugged country like Montana. One thing was clear. he couldn't leave her out there. But bringing her back to his ranch was asking for trouble. Especially since he suspected that the irresistible redhead was more than capable of changing his not-the-marrying-kind lifestyle...for good!

Callie Walker knew she was staring, but she just couldn’t help it. The man was, without doubt, the most gorgeous creature she had ever seen. Not just cute. Not just handsome. But heart-stopping, drop-dead gorgeous. Being a romance writer, Callie had seen more than her share of good-looking guys. Tall, blond and tan, or tall, dark and mysterious, they graced the covers of her books wrapped around equally gorgeous females. Hunky male models and wanna-be-models turned up at writers’ conventions and conferences where they were ogled by romance readers both young and old. There were contests where the models and wanna-be models blatantly strutted their stuff before legions of adoring female fans.

But this man…oh, lordy, he was the most delicious hunk of masculinity she had ever seen. He had smooth copper-colored skin and well defined cheekbones that hinted at Native American blood. Straight black hair fell to the middle of his back. His cut-off T-shirt and tight-fitting jeans revealed the kind of broad shoulders, muscular arms, long legs and taut tush that made women swoon.

In short, he was cover-model material from the top of his head to the run-down heels of his black cowboy boots.

He turned away from the cash register and his gaze locked with hers. His eyes were an earthy shade of brown framed by thick black lashes.

Callie felt a blush climb into her cheeks at being caught staring. Apparently he was used to it. Touching one finger to the brim of the black cowboy hat pushed back on his head, he gave her a knowing wink and a roguish grin and walked out of the coffee shop.

With a sigh, Callie glanced down at what was left of her dinner, now grown cold, and pushed the plate away and went to pay her check.

If she hurried, she could make another hundred miles before dark.

Cade Kills Thunder couldn’t help grinning as he left the coffee shop and walked across the street to where he’d parked his rig. He was used to women gawking at him. Usually, he just ignored them, but there had been something about that one. What, he couldn’t say. She had a sprinkling of freckles across her nose and cheeks, and she wore her long red hair tied back in a ponytail. To top it off, she was short and a little chunky, not his type at all. He liked tall willowy females with blond hair and blue eyes, women who were happy to spend a day or a night in his company, women he could love and leave without a second thought. He couldn’t swear to it, of course, but he was willing to bet that Ponytail Red was the “till death do you part” type.

Definitely not for him. He was the love ‘em and leave ‘em type. Had he been a sailor, he would have had a woman or three in every port. Driving a big rig cross country gave him pretty much the same opportunity as going to sea, only better.
He was still grinning when he climbed into the back of the rig to get some shut eye.