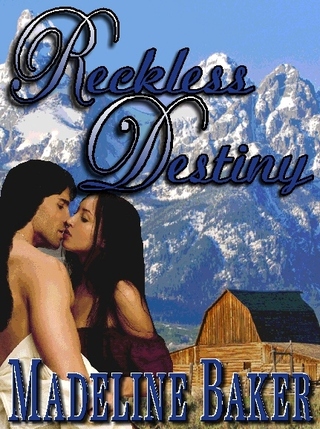 Daniel Blue Hawk had always felt he was born in the wrong time. All his life, he had dreamed of being a warrior, like his father before him.

Knowing his son is restless and unhappy, Daniel's father, Shadow, suggests he go spend time with old Fox Hunter, the Cheyenne medicine man. Daniel agrees, expecting his journey to end on the reservation. Instead, he ends up in a time and place he had only dreamed of....

I sat on the front porch, gently rocking my youngest granddaughter to sleep. Marissa was a year old and a more beautiful child had never been born. Of course, I had said that about all my grandchildren, and all my great-grandchildren, but only because it was true.

It was hard to believe that my babies were all grown and all but one of them had married and had children and that their children were now having children of their own. We were certainly a prolific bunch, I thought with a smile. Mary and Cloud Walker had seven sons and two daughters; Hawk and Victoria had four sons and three daughters, and four grandsons.

Not to be outdone, Blackie and Joey had two sons and three daughters and, unless I missed my guess, Joey was pregnant again. Hawk’s twin sons had left the valley. Jacob had gone to Chicago, Jason had moved to New York City. Both boys had married, and had twin sons of their own. Amanda Marie had married and moved to Boston. Several of my older grandchildren had gone back east to college.

Our family get-togethers were louder and wilder than ever. The teenagers were an exuberant bunch, likely to bring a friend or two with them whenever they came by. I welcomed them all, glad to have my family around me. Glad to be a part of their lives.

It was quiet at home during the week. Our youngest son, Daniel Blue Hawk, still lived with us. He spent his days helping his father on the ranch. Shadow’s horses were known throughout the territory, not only for their beauty and conformation, but for their speed and endurance. They were much in demand, not only in Bear Valley and Steel’s Crossing, but in cities as far east as New York and Boston. When Blue Hawk wasn’t helping his father with the stock, he could be found in his room, writing. He was a natural-born story-teller, our Blue Hawk. He had sold several articles and short stories to magazines back east. He hoped one day to write a full-length novel.

Still, I was worried about Blue Hawk. He never complained, but I knew he wasn’t happy here. The sad thing was, I knew he wouldn’t be happy anywhere else either. It wasn’t his location that depressed him, it was the century. All of our children had strong ties to their Cheyenne heritage, but none more than our youngest son. He wanted to be a warrior. He wanted to live in the old way. He never tired of hearing Shadow’s stories of days gone by, of battles fought long ago, of buffalo hunts and horse raids.

I watched Daniel now as he put a temperamental chestnut stallion through its paces. My son bore a striking resemblance to his father, both in looks and mannerisms. He was good with horses, soft spoken, filled with the same quiet confidence and self assurance his father had always possessed in abundance.

At twenty, Daniel Blue Hawk was tall and lean, broad through the shoulders and narrow in the hips. His thick black hair fell half way down his back, the envy of many a young woman. He had dark gray eyes and skin the color of copper. Women old and young turned to stare at him whenever he went into town. Any number of them had tried to win his attention and his affection. They made excuses to stop him on the street, sent him cakes and cookies by the dozen, asked him to dances and church suppers but to no avail. He was polite and friendly; he rarely refused their invitations but, so far, none of them had held his interest or won his heart.

I glanced to my left to see Shadow standing near the porch rail at the foot of the stairs.

My gaze moved over him, noting the fine lines around his eyes and mouth, the iron in his hair. For all his years, he was still tall and straight, still the only man I had ever loved.

I wasn’t surprised to hear my thoughts on Shadow’s lips. After so many years together, our thoughts often traveled the same path. “I wish I knew what to do.”

“I have been thinking about it,” Shadow remarked. “I think he should go spend some time on the reservation with Fox Hunter.”

Fox Hunter was a much revered medicine man. No one knew for sure how old he was, though Shadow figured the old man had to be at least ninety.

“What will that solve?” I shook my head. The reservation was a dreary place. “How will that help Daniel?”

“There are many other Old Ones who might be able to help him.”

“Help him how? What can they tell him that you can’t?” I frowned, disconcerted by a sudden sense of unease. “Shadow? What aren’t you telling me?”

“There are ancient ceremonies that might be of use.”

I didn’t like the sound of that one bit. “What kind of ceremonies?”

“Similar to the sweat lodge,” Shadow replied. “Similar to seeking a vision.”

“Have you discussed this with Daniel?”

“Not yet.” Shadow came around the porch and climbed the stairs, dropping into the rocking chair beside mine. “He is not happy here, Hannah. It is time to let him go, time for him to find out where his heart lies.”