SECRETS IN THE NIGHT combines two of my favorite genres - the Old West and vampires. I finally found a way to bring the two of them together. I hope you'll love Wold Who Walks in the Wild Wind as much as I do.

SECRETS IN THE NIGHT 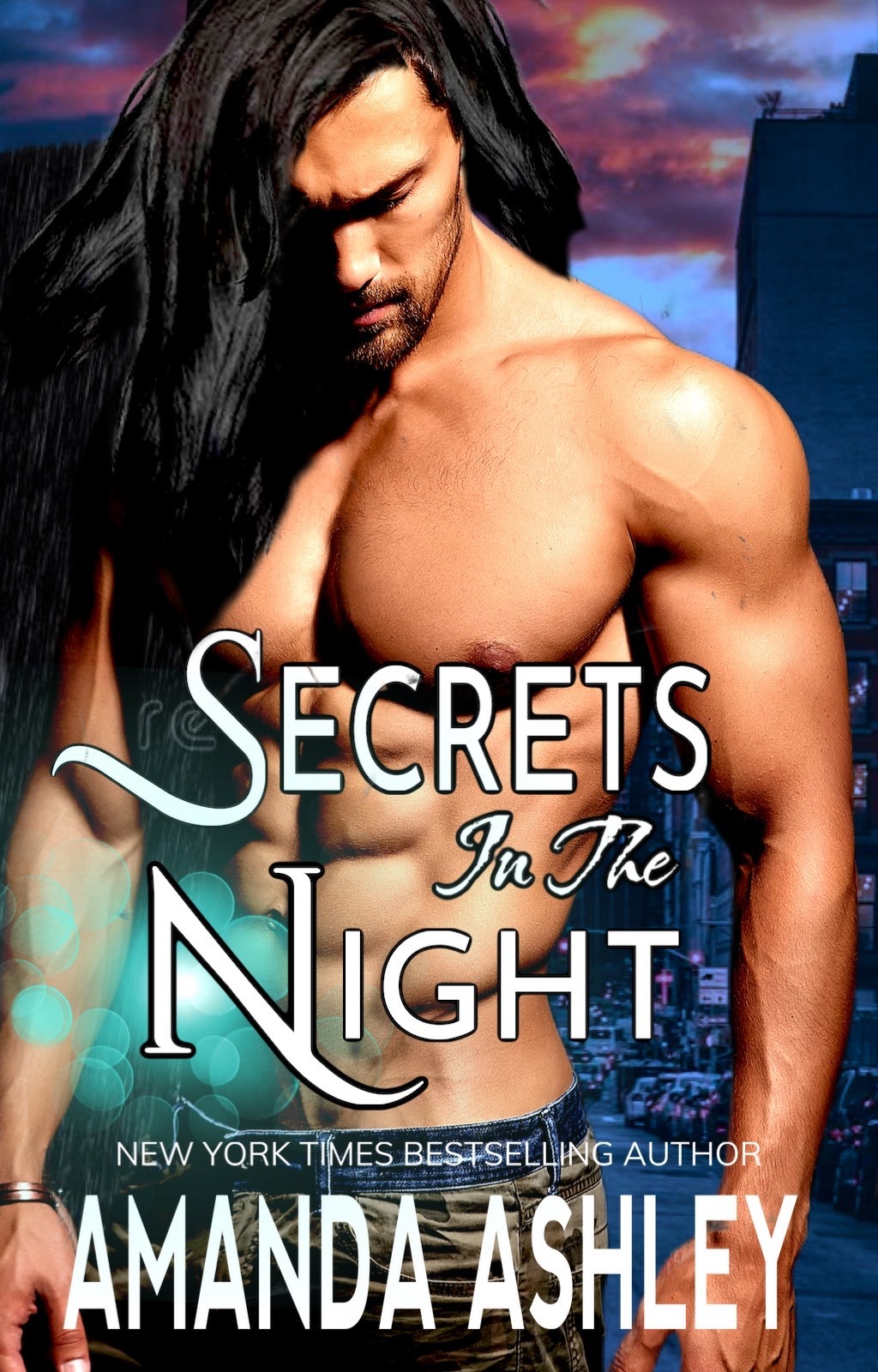 Freelance photographer Skye Somers goes to the Natural History Museum to photograph their Native American Exhibit. While there, she becomes enchanted by a life-sized cardboard cutout of a Lakota warrior identified as Wolf Who Walks on the Wild Wind, little knowing it will change her life forever

Jason Wolf has the unique ability to travel between the present and the past. He is intrigued  by the woman who is obviously smitten by his likeness in the museum. Wanting to know her better, he arranges to meet her.

Skye is stunned by Jason's resemblance to a man who lived over a hundred years ago, and by the undeniable attraction that immediately sparks between them. In time, she discovers that the reason Jason looks so much like Wolf Who Walks on the Wild Wind is because they are the same man. But that isn't  the only secret he's been hiding in the night….

Skye had dreamed of him again last night, a tall, dark man clad in a long, black leather coat. Hair the color of ebony fell to his waist, the perfect compliment to his copper-hued skin and deep blue eyes. His features were strong and beautifully masculine, from his fine straight brows to his high cheekbones and hawk-like nose.

It was the same dream she'd had every night since she had gone to the Natural History Museum to photograph their Indians of North America exhibit three weeks ago.

Skye didn't know why she continued to dream about a warrior who had lived over a hundred and fifty years ago, or why, in her dreams, he wore faded blue jeans and a black tee shirt instead of the breechclout and feathers he wore in the museum's life-sized cut-out. A placard stated that his name was Wolf Who Walks on the Wild Wind, and that he had been a man of some importance in his tribe.

Skye blew out a sigh. Perhaps she was dreaming of him simply because his image had captured her imagination, so much so that she had returned to the museum again this afternoon. She had spent the last thirty minutes staring at his image, thinking it was a shame that men like Wolf Who Walks on the Wild Wind didn't exist anymore. Of course, it was probably just as well.

Most of today's women wouldn't know what to do with a strong, independent, alpha male. They wanted men who were caring and sensitive, men who were willing to help with the dishes and change the baby's diaper. Today's women didn't want to be taken care of. They wanted to go out into the world and earn a living and be treated as equals. They didn't want to stay at home and raise children like their great grandmothers had. They wanted to prove they could do everything a man could do, and do it better.

Kick-ass heroines, that was what the women of the world wanted to be these days. A part of her wanted to be a woman like that, too – strong-willed and confident, able to fight her own battles, dependent on no one, and yet another part of her couldn't help thinking it might be exciting to live with the kind of man who took what he wanted, a man strong enough to defend her honor, or her life, if need be. A man who would climb the highest mountains, swim the deepest rivers, or slay a fire-breathing dragon to save her. Not that there was much call for that kind of thing these days, she thought with a wry grin. Still, it would be nice to have a man like that, a combination of Superman and Mick St. John, with a dash of Jason Momoa, and a smidgen of a young Clark Gable added for good measure.

Skye sighed as she gazed at the Indian's face again.

And had the oddest sensation that he was looking back at her.