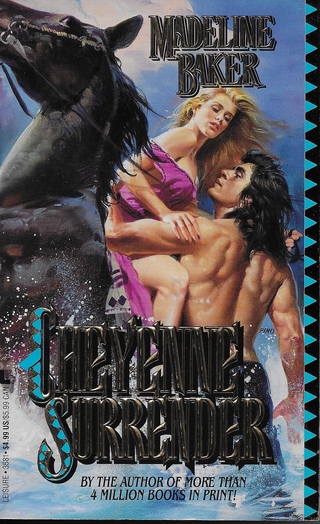 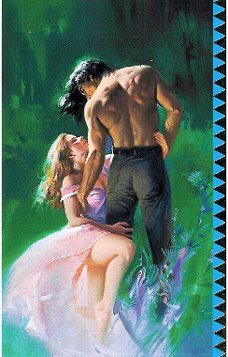 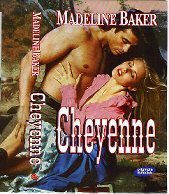 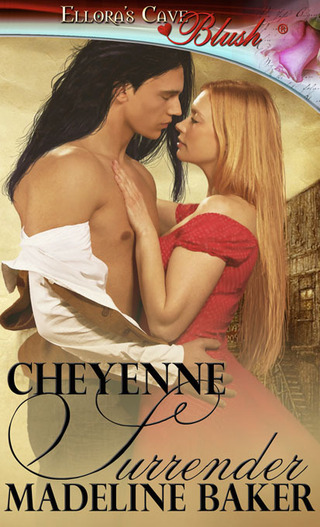 Romantic Times said:
This is a funny, witty, poignant, and delightful love story. Mrs. Baker’s fans will be more than satisfied. 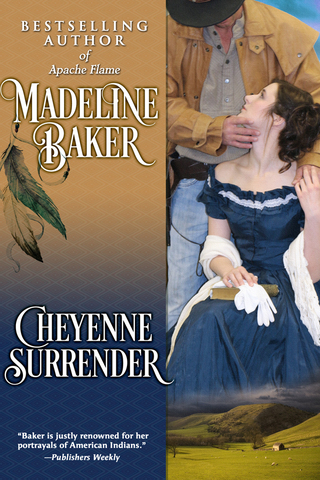 Callie
She had the face of an angel and the body of a temptress. Her innocent kisses said she was still untouched, but her reputation said she was available to any man who had the price of a night’s entertainment.

Caleb
Callie’s sweetness touched his heart, but the whole town of Cheyenne knew she was no better than the woman who’d raised her - his own father’s mistress. Torn by conflicting desire, the handsome half-breed didn’t know whether he wanted her walking down the aisle in white satin, or warm and willing in his bed, clothed in nothing but ivory flesh.

He was going home - back to the Land of the Spotted Eagle. Back to the tall grass and the slow-talking streams. Back to the land where he'd been born.

Caleb took a deep breath, filling his lungs with draughts of the cool clear air. He caught the warm rich scent of Mother Earth, of sun-kissed pines trees and prairie grass. He could have taken the train to Cheyenne. It would have been faster, but he felt the need to be alone with his thoughts, to listen to the voices in the wind as he rode across the vast prairie, to remember who he was.

He was going home.

Twelve years. Where had the time gone?

The cry of a hunting hawk cut across the stillness of the open prairie, sending a shiver of exhilaration and excitement down his spine. Gazing upward, he watched the bird soar in ever-decreasing circles until it plummeted to earth, only to take the skies a moment later with a luckless rabbit clutched in its talons.

The hunter and the hunted. He'd been both in his time. But that was all behind him now.

Reining the buckskin to a halt, he withdrew a sheet of paper from his coat pocket. The writing was small and neat, the message was short.

"Dear Mr. Stryker:
Your father passed away in June, your mother followed three months later. According to the terms of your mother's will, the house on East 17th Street and the Rocking S Ranch now belong to you.
Please advise me as to your wishes regarding the disposal of these properties as soon as possible."

It was dated the 30th of September and signed by Orville Hoag, Attorney at Law, Cheyenne, Wyoming.

With a sigh, Caleb jammed the wrinkled sheet of paper
into his pocket. It had taken five months for the letter to find him.

He stared out across the prairie for a long moment, his eyes narrowed against the bright summer sun. His mother was dead. The thought tugged at his heart, bringing to mind feelings he hadn't acknowledged in years, resurrecting memories he'd thought buried and forgotten long ago.

Red Feather, daughter of He Dog and Shell Woman, was dead. The knowledge of her passing left him feeling empty and alone. How many times had she written, begging him to come home? How many times had he promised to visit, knowing in his heart that he'd never go back as long as the old man lived? And now they were both gone.

He felt no grief at Duncan Stryker's passing, only relief that he would never again have to face the man who had fathered him.

Muttering an oath, he urged the buckskin into a mile-eating lope, wondering what the devil a half-breed bounty hunter who'd spent the last eight years chasing outlaws on both sides of the Mexican border was going to do with a twenty-room mansion on 17th Street.