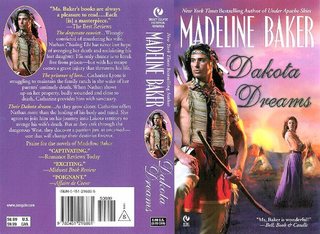 REVIEWS
Suzie Housley, Mystic Reviews, said:
It had been four years since Nathan Chasing Elk had been falsely accused of murdering his wife, and thrown in the Yuma Prison. The only thing that keeps him sane is the day in which he will be able to seek revenge against the one who put him there and finding his daughter Leah. The opportunity to escape presents itself, and he doesn’t hesitate to accept it, but in doing so he is gravely injured.

With her parent’s untimely death, Catharine Lyons is left with the responsibility to run the family ranch by herself. Apache Marteen is convinced that Catharine should be his wife. She keeps him at a distance by telling him that her future husband is soon to arrive.

When Catharine finds a man close to death, she sees it as the perfect opportunity to say that Nathan Chasing Elk is the man that she has been waiting for. She takes him in, and tends his wounds. When she learns that he is an escape convict, it doesn’t extinguish the growing feelings she is developing towards Nathan.

When Nathan is well enough to travel, she insists that she go with him into Lakota Territory to find his daughter, and help prove his innocence. The journey will be one that is assured to be filled with danger, will the two of them be able to survive and clear Nathan’s name?

Madeline Baker is the queen of historical romance. It is hard to find another author who puts so much depth and emotion in her books that allows you to play out each scene she writes in her books in your head. She is an author who has always held a high place on my keeper’s shelf. DAKOTA DREAMS is an exceptional romance; you immediately fall in love with Nathan and Catharine. You will find yourself holding your breath as you turn the next page in anticipation to see what happens. A book such as DAKOTA DREAMS is a shiny example at what this author is capable of achieving.

For four-and-a-half years, Nathan Chasing Elk has been in prison for the crime of murdering his wife; a crime he did not commit. The only thing that has kept him going is that one day he will be able to escape and avenge his wife's death and be reunited with his lost daughter. When he finally escapes, it's almost for naught as he is shot during the attempt and nearly killed. It is only with the help of the woman who found him dying and took him in that he is still alive. The more time he spends with Catharine, the more he is starting to feel for her, and suddenly his quest does not seem as urgent as he previously felt, but he is afraid to act on his feelings. After all, what can an escaped convict possibly have to offer?

Ever since her brother left one month ago, Catharine Lyons has been alone, struggling to maintain the rundown ranch that is her home. Certain that her brother left her to go to their old home back east and under threat of being forced to marry an Apache warrior, she decides to make her own way back to Boston. She's hardly gone far when she comes across a dying Indian in convict clothes, and though she is tempted to leave him, her humanity convinces her to stay and take care of him. As she gets to know Chasing Elk better, Catharine realizes all her preconceived notions about Indians are false. She also realizes she is falling for him and is determined to help him get his old life back. The chances are not good for success, but is love not worth every possible effort?

Dakota Dreams was a heartbreakingly sweet romance that had my heart engaged from the very first page. Baker provides an excellent illustration of the life of Native Americans in the 1870's and the struggles of an interracial couple. Because the entire world was against them, I couldn't help but wish for Catharine and Chasing Elk's love to grow and succeed.

Catharine was an appealing heroine with strength greater than any woman has a right to have. She managed to take care of herself in a hostile land and was big-hearted enough to take in an escaped Indian convict because it was the right thing to do. She also had the courage to love a man the world didn't approve of. Chasing Elk had experienced some of the most tragic events that a human can live through and he came out with his humanity and goodness intact and that says something about the amazing strength of his character. I truly loved this book and I highly recommend Dakota Dreams to romance fans everywhere.
Reviewed by: Tara

Nathan Elk is a Lakota descendant who was wrongly accused of a crime he didn’t commit. With a stroke of luck, he was able to escape the depravity of prison and the abuse from the guards, which landed him at Catharine Lyon’s front door. She is a Bostonian who migrated to the West with her family 5 years earlier. Surviving the difference of being an Indian, Nathan was able to trust and fell in love with the woman who’d saved his life. Their courtship didn’t start out as a fairy tale, but they have found a love so pure and so powerful that it healed all of Nathan’s emotional and mental injuries. For a man with numerous scars, he is now able to put down his guard and let go of the past that was haunting him for the last 4 years.

As a big fan of Madeline Baker other pen name, Amanda Ashley, I’m not surprise that she has delivered another great book like Dakota Dreams. Dakota Dreams is absolutely captivating, addictive and dramatic. Western Historical romance was never my forte but with this book, I was unable to put it down until I finished the whole book. With each stroke of the pen, her exceptional writing skills kept me focused on the story at hand and the events that came with it. Needless to say, I was very intrigued in Nathan’s past and even developed feelings for him. Not personal feelings, but I felt that I can sympathized with him considering what he went thru to find himself and be happy with who he is at the end. I would definitely recommend this book to all romance readers, especially those who enjoy Historical Romance as their main genre. 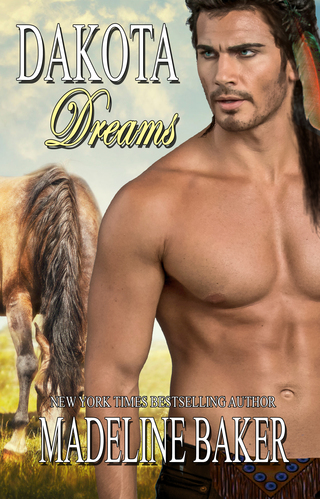 The desperate convict…Wrongly convicted of murdering his wife, Nathan Chasing Elk has never lost hope of avenging her death and reclaiming his lost daughter. His only chance is to break free from prison—but with his escape comes a grave injury that threatens his own life.

A prisoner of love…Catherine Lyons is struggling to maintain the family ranch in the wake of her parents’ untimely death. When Nathan shows up on her property, badly wounded and close to death, Catherine provides him with sanctuary.

Their Dakota dream…As they grow closer, Catherine offers Nathan more than the healing of his body and mind. She agrees to join him on his journey into Lakota territory to avenge his wife’s death. But as they trek through the dangerous west they discover a passion just as untamed—one that will change their destinies forever…

Nathan Chasing Elk stared out the window, his hands fisted around the bars as he watched the setting sun slip behind the distant mountains in a blaze of bright crimson.

Moving away from the window, he paced the confines of his cell. Three long strides took him from one end to the other. There was nothing to impede his progress save the wooden beds that were stacked three high on the long sides of the cell. He glanced at one of the narrow cots with its bug infested straw tick. Given a choice, he would have preferred sleeping outside on the ground; it would have been cleaner, he mused, and far more comfortable.

He paced for hours, restless as an animal in a cage, but it did nothing to cool either his rage or his frustration. Or calm the fear that threatened to engulf him. The fear that, in the end, he would stop fighting and they would win.

Sweat dripped from his brow, ran down his back. The summers in Yuma were like hell, with temperatures soaring above a hundred degrees.

He stared at the walls that surrounded him on three sides. They were made of granite he had helped quarry with his own two hands. The granite had been plastered over and whitewashed. The doors were made of strap iron. Four years, six months and thirteen days since they had arrested him, four years of it spent in this hell hole. How much longer could he survive being locked in a cage, a cage that he had been forced to help build?

He swore under his breath. He thought it ironic that a number of the men who now inhabited the prison had helped to build it. The prison, situated on a bluff above the Colorado River, was located in what was surely the hottest, most isolated stretch of ground in the territory. The nearest town was Phoenix, which was more than a hundred and fifty miles away. Prisoners from all over the country had been sent to the Hell Hole in the four years since the place had been built. There were even a few women confined behind its walls. One had been convicted of killing her brother, another for attempted robbery.

He stared out the barred door of his cell. Across the way, another prisoner stared back at him. Chasing Elk’s hands tightened around the bars. Did he wear the same disconsolate expression? Were his own eyes as sunken and devoid of hope?

Despair settled on his shoulders at the thought of never seeing his home or his daughter again. He knew that other prisoners had obtained pardons and been released early. So far, he’d had no such luck. But then, he’d been convicted of a far more serious crime than robbery or theft.

Escape. The word whispered through his mind, as fervent as the prayer of a dying man. Escape. It was his one hope. His only hope.

His hands tightened around the bars until his knuckles were white. There might come a time when he could no longer withstand the cold walls, the wormy food, the beatings, when thoughts of suicide would tempt him to put an end to his misery.

But it would not be today.