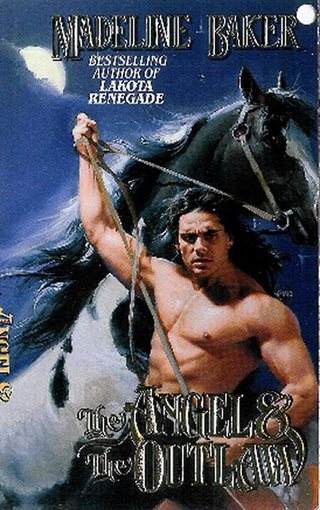 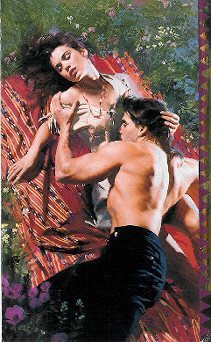 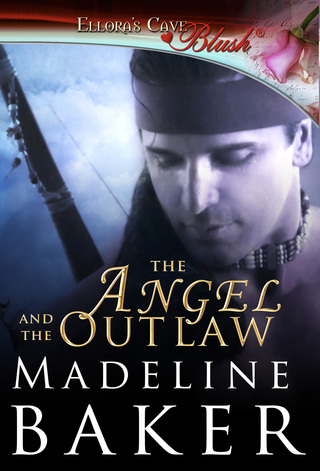 ROMANTIC TIMES said, Madeline Baker’s newest paranormal romance is about a man who has been on the wrong path so long that he doesn’t know the right one when he stumbles upon it. It takes the courage, faith and love of a good woman to finally uncover the wonderful person beneath. Readers will rave about Madeline Baker’s extraordinary storytelling talents.

AFFAIRE DE COEUR said, Baker brought the Wild West to life in this blazing story of love and danger. There is always a touch of sadness and desperation, and the ending is nerve wracking and explosive.

THE ANGEL AND THE OUTLAW 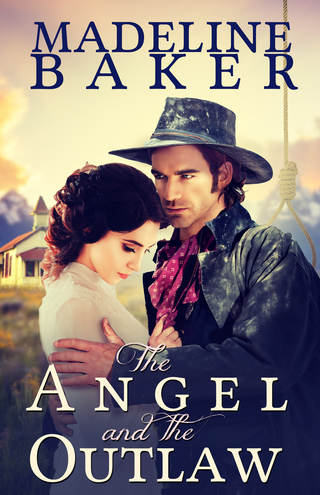 An outlaw, a horse thief, a man killer, J.T. Cutter wasn’t surprised when he was strung up for his crimes. What amazed him was the heavenly being who granted him one year to change his wicked ways. Yet when he returned to his old life, he hoped to cram a whole lot of hell-raising into those 12 months no matter what the future held.

But even as J.T. headed back down the trail to damnation, a sharp-tongued beauty was making other plans for him. With the body of a temptress and the heart of a saint, Brandy was the only woman who could save J.T. And no matter what it too, she’d prove to him that the road to redemption could lead to rapturous bliss.


They were going to hang him. No last words of confession or appeal. No hope of reprieve.

Resigned, he stared toward the east where the sun was rising on a new day.

The last day of his life.

Fear uncoiled deep in his belly as the hangman dropped a thick black hood over his head, shrouding him in darkness.The bitter taste of bile rose in his throat and he choked it back, though he couldn't stifle the convulsive chills that wracked his body. He wished suddenly, fervently, uselessly, that his life hadn't turned out as it had, that he had done things differently.

Too late to think of turning over a new leaf now, he thought bleakly. Years too late. A lifetime too late.

He broke into a cold sweat as he felt the hangman slip the rope over his head, shuddered as he felt the noose tighten around his neck, felt the thick knot, snug beneath his left ear.

He heard a quick intake of breath from the crowd and knew the hangman had reached for the lever to spring the trap, knew his life expectancy could now be measured in seconds.

Nausea churned within him as every muscle in his body grew taut. He had seen men hanged before, seen their faces, their eyes bulging, their tongues turning black, their feet kicking in a dance of death.

In a last lucid instant, he realized it was true, one's life did flash before one's eyes.

In a dizzying kaleidoscope of blurred images, he viewed all the choices he had made in his lifetime - wrong choices, every one - and knew, deep in his soul, that he was getting no less than he deserved. Knew that hell would be waiting for him when he had breathed his last breath.

And then he was falling, twisting, spinning into an endless abyss that spiraled down, down, into eternal darkness...

And then he lost the ability to think, to feel, as thick smothering blackness engulfed him, putting an end to all thought, all hope, as he plunged into an endless black void...

Only it wasn't endless. He had a brief glimpse of his body, twitching at the end of the rope, of the faces of crowd as they watched, eyes wide with horrified fascination. And then he became aware of a bright white light that seemed to beckon him.

Dazed, he moved toward the light and as he did so, it grew brighter, enveloping him in a soft cocoon of warmth and love. A love that was pure, unconditional, and all-encompassing.

He glanced over his shoulder, left and right, but all he could see was the dazzling white light, brighter than the noonday sun.

“Where the hell am I?” he muttered under his breath.

“Not hell, I assure you.” The disembodied voice was low and soft and definitely male.

“Too bad,” he retorted, resorting to sarcasm as he always did when his back was against the wall. “I always wanted to see the ocean before I died.”

“You should have lived your life differently then.”

“Yeah. So, now what? Eternal damnation? The flames of hell? Perdition?”

“No hope of heaven?” inquired that same hushed voice.

J.T. laughed softly, bitterly. He had long ago forfeited any right, any hope, of heaven...

“You are a rare and interesting case, John Cutter.”

“You never had a chance to redeem yourself while in mortality. It seems someone made a vital error somewhere along the line. You were never given the opportunity to prove there was good in you, that you could be saved if given the chance.”

“I am saying, J.T., that you are being given a second

J.T. shook his head, thoroughly confused. He glanced around, looking for the source of the voice, for streets paved with gold or the flames of hell, anything to tell him where he was. “I don't understand.”

J.T. held up his hands in surrender as, all too clearly, his transgressions rose up to haunt him, reminding him of the men he had killed, banks he had robbed, card games he had cheated at. The horse he had stolen...

Hanged as a horse thief, he mused with bitter regret. You couldn't sink much lower than that, he thought, and then he grinned ruefully. The big Appaloosa stallion had been one hell of a horse.

“Most people learn several basic precepts during their lifetime. They learn to give. To love. To sacrifice. During your time on earth, you accomplished none of those things, but instead spent your time learning to take what was not yours, to hate, to deprive others of that for which they had worked long and hard and held dear.”

J.T. scowled. “Considering how I grew up, that shouldn't surprise you.”

“Nothing ever surprises me.”

“Can we forget the lecture? Just send me to hell and get it over with. I've got it coming.”

“You do, indeed,” the voice agreed, “but, as I said, you're being given a second chance.”

“To do what?” He practically screamed the words.

In less than a heartbeat, the light coalesced into a luminous being clad in a long, voluminous white robe.

“Who I am is not important, but, since you asked, you may call me Gideon,” the personage remarked. “I am your guardian angel.”

“Angel,” J.T. shook his head in disbelief as he stared at the being before him. The man - angel - had long blond hair and radiant blue eyes. His face glowed with a heavenly light.

“Remember,” Gideon warned, his voice deepening like thunder. “You have only a year, J.T.Cutter. Twelve months to redeem your soul from Hell. Do not waste this year as you wasted all the others.”

“Only a year, John Cutter,” Gideon warned, his image fading even as his voice grew faint. “Only a year...”

J.T. laughed softly. A year. Well, it was twelve months more than he'd had a few minutes ago. If he played his cards right, he could cram a lot of living into those twelve months.