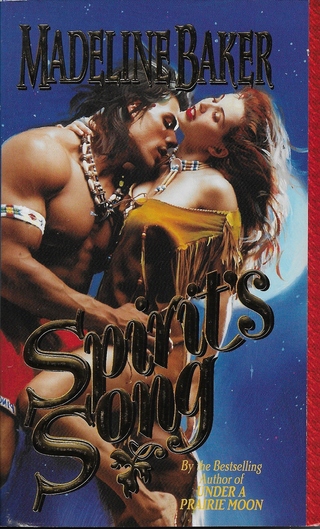 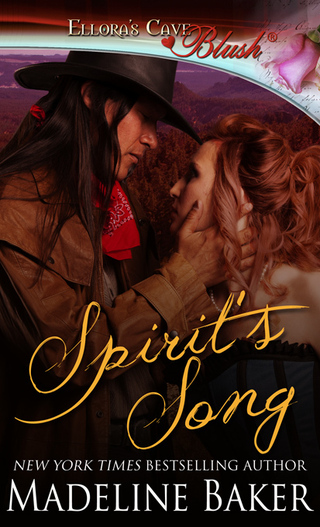 ROMANTIC TIMES said: Madeline Baker consistently delivers winning, heart-wrenching, passionate romances and SPIRIT'S SONG is no exception. This is the story of the hunter and the hunted, of two lost souls brought together by destiny, forged forever by love.

Harriet Klausner said:
Marvelous Madeline Baker is as dependable in providing a great historical romance as any author on the scene today. Her current novel, SPIRIT'S SONG, is a winner that will knock over sub-genre fans with its angst-laden characters. The western romantic story line is invigorating, and entertaining, leaving the audience searching for Ms. Baker's previous goods (see CHASE THE WIND and APACHE RUNAWAY, etc.). Ms. Baker is clearly attaining the sub-genre top rungs with her deliciously delightful stories. 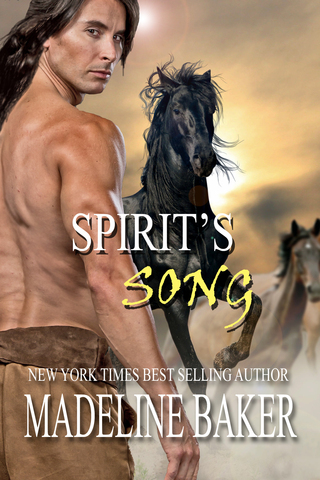 She was a runaway wife, with a hefty reward posted for her return. And he was the best darn tracker in the territory.

For the half-breed bounty hunter, it was an easy choice. His had been a hard life, with little to show for it except his horse, his Colt, and his scars. The pampered, brown-eyed beauty would go back to her rich husband in San Francisco, and he would be ten thousand dollars richer.

But somewhere along the trail out of the Black Hills, sometime during the long star-studded prairie nights, everything changed. Now, he would his life to protect her, to hold her forever in his embrace. Now the moonlight poetry of their loving reflected the fiery vision of the Sun Dance. She must be his SPIRIT'S SONG.

She was gone. Alan Summers stared out the front window of his plush Nob Hill mansion, unable to believe she had actually left him. He had made it too easy for her, he thought angrily. He had given her too much money, too much freedom. Well, he wouldn't make that mistake again. She belonged to him. He would have to remind her of that fact when he got her back.

And he would get her back.

Turning away from the window, he sat down at his desk, pulled a sheet of embossed stationery from the top drawer, and dipped his pen into the ink well. He would find her. He had money, and connections.

His left hand curled into a tight fist. He would find her, and when he did, he would teach her a lesson she would never forget.

Jesse Yellow Thunder rested his hand on the butt of his gun. "Dead or alive, Barnett, it's up to you."

"I'm not going back to prison!"

Phil Barnett took a deep breath, wondering if the bounty hunter would really shoot him in the back.

"The man who's gonna haul your dead carcass to the sheriff if you don't get those hands up."

"I gotta right to know!"

"You've got no rights at all."

It was the sound of a gun being cocked that put all thought of flight from Barnett's mind. There was an ominous quality in the harsh rasp of metal against metal, a grim finality, like the sound of dirt clods being shoveled into an open grave.

Barnett shivered. Everything he had ever heard about Jesse Yellow Thunder was true, he thought bleakly. The half-breed was as unfeeling as stone and as ugly as sin, what with that jagged white scar that started at the edge of his left temple, cut across the outer edge of his left eye, curved down his cheek, and ended just below his jaw. There was no mercy in the half-breed's cold gray eyes, no emotion in his face at all, except maybe boredom. Damn. Why hadn't he recognized him earlier?

Yellow Thunder pulled a set of handcuffs from his back pocket. "Turn around."

With a sigh of resignation, Barnett did what he was told. Moments later, he was mounted on his horse, his hands securely cuffed behind his back.

"Would you really have shot me in the back?" Barnett asked as he watched the half-breed swing aboard his own mount.

The bounty hunter nodded as he took up the reins to Barnett's horse. "Just like that. Poster says dead or alive. Dead's easier."

Phil Barnett looked into the half-breed's unblinking eyes and knew without a doubt that the man meant every word.

* * *
Jesse Yellow Thunder closed and locked the door to the hotel room. Tossing his hat on the room's single chair, he dropped his saddlebags beside the bed, then sat down on the edge of the mattress and pulled off his boots. His prisoner had been delivered to the local law, safe and sound. The necessary papers had been signed. He had collected the reward. Three hundred dollars.

He grinned as he sat back on the bed. Easy money, considering the fact that he had stumbled over Barnett quite by accident.

Jesse smothered a yawn as he pulled a thick sheaf of wanted posters from his saddlebags. Sometimes Lady Luck just perched on your shoulder. Like tonight. He'd been minding his own business, playing draw poker with a couple of the local cowhands, when who should slide into the chair across from him but Phil Barnett. They had played poker together for an hour. When Barnett left the saloon, Jesse followed him.

Jesse ran a hand across his jaw, thinking he needed a shave. In addition to the three hundred dollar bounty he had collected for Barnett, he had also taken Barnett for better than a hundred dollars at the poker table. A profitable evening, indeed.

Sitting back against the headboard, he began thumbing through the wanted posters he had pulled from his saddlebags. He grunted softly as he read the first one. Some fool in San Francisco was offering a ten thousand dollar reward for information regarding his runaway wife's whereabouts.

Jesse shook his head as he tossed the flyer on the floor. Ten grand. That was a pile of money any way you looked at it.

He looked through the rest of the flyers, then plucked one from the bunch. Joseph Ravenhawk, wanted for bank robbery and assault. The price on his head was a thousand dollars. Ravenhawk shouldn't be too hard to find. Whenever he was on the run, he headed straight for Indian country to hole up with his Lakota relatives.

Jesse shoved the flyers back into his saddlebags. He hadn't been home in over a year, he mused as he shoved a pillow behind his head and closed his eyes. He could kill two birds with one stone. It was the time of the Cherry Ripening Moon. The Morning Star People would be gathering near Mo'ohta'vo'honaaeva, the sacred Black Hills, to celebrate the Sun Dance with their allies, the Lakota. If he was lucky, Ravenhawk would be at the rendezvous by the time he got there. If not...

Jesse grinned ruefully. He was ready for a little tipi living; ready to hear the language of his childhood, to eat cooking that wasn't his own, to smell the fresh clean scent of pines and earth instead of air that reeked of stale smoke and booze.

He left early the following morning. Like a snake shedding its skin, he felt the constricting layers of civilization fall away as he rode deeper into the heartland of the Morning Star People. Riding toward the only place that had ever felt like home, he wondered, as he always did, why he had stayed away for so long. This would be his last bounty, he decided. He had a fair-sized bank account. He would find Ravenhawk, collect the reward, then return to the Land of the Spotted Eagle and settle down with his mother's people.

He had been away from the Cheyenne for too long, done too many things he was ashamed of. Somewhere along the way, he had lost his sense of who he was. Perhaps he could find the man he had once been before it was too late.

It was beautiful country, all green and gold at this time of the year. The air was clearer, sweeter; the sky more blue. Even his horse seemed to know they were headed home. The mare tugged on the reins, eager to run, and he let her go, reveling in the speed and power of the big blue roan as she stretched out, in the feel of the wind stinging his cheeks and whipping through his hair.

He bent low over the mare's neck. The rhythmic sound of hoofbeats flying over the earth seemed to be saying, home, home, home. 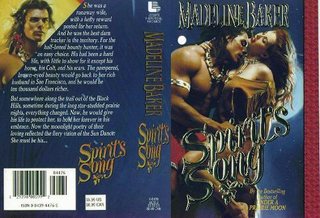 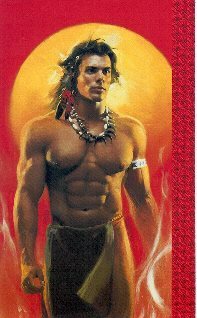