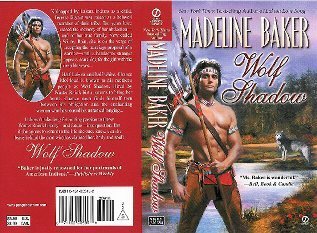 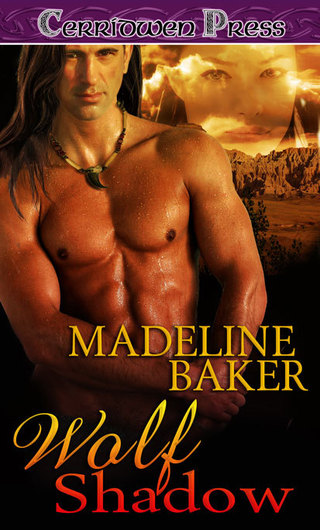 Romantic Times Magazine said: Baker's portrayal of Native American life has made her a leader in this genre. The characters are beautifully created, although the plot has been done many times before. It is the heritage and coming together of cultures and lovers that make this romance so special.
Evelyn Fei

Booklist said:
Baker's thirty-seventh book will delight her legions of readers. After the stage she is riding in with her wealthy parents is attacked by Lakota warriors, seven-year-old Teressa Bryant is adopted by a Lakota couple and becomes Winter Rain, eventually forgetting her white family. Ten years later, Chance McCloud, the son of a white rancher and a Lakota mother, is desperately in need of money to keep his late father's ranch from foreclosure, so he accepts the Bryants' generous pay to recover their daughter. Chance, also known as Wolf Shadow, has always refused to fall in love because of his need to avenge his mother's murder, but when he meets Winter Rain, he remembers his mother's wishes for him to be happy. The two brave a torturous trail to be together, surviving capture by the Crow after a deadly attack, imprisonment, and Teressa's return to San Francisco society. Baker's depiction of Native Americans is respectful, and her Old West setting rings true.
Diana Tixier Herald


The Word on Romance said:
WOLF SHADOW is steeped deep in Indian history with enchanting characters and an action packed plot, which is tried and true, but vividly brought to life with the rich detail and lore of the Lakota, which makes for a very enjoyable read. Wolf Shadow and Winter Rain are instantly attracted to each other and the flame grows bigger as the story unfolds. I felt the heartbreak Teressa’s parents felt at the loss of their daughter and their ten-year struggle to find her. The merging of cultures is well done and interesting.

Madeline Baker ranks as one of the best Indian romance authors of our time. Her attention to detail makes this a special read. These characters will stay with you long after the last page has been turned. I heartily recommend WOLF SHADOW for an entertaining adventurous read!
Carol Durfee 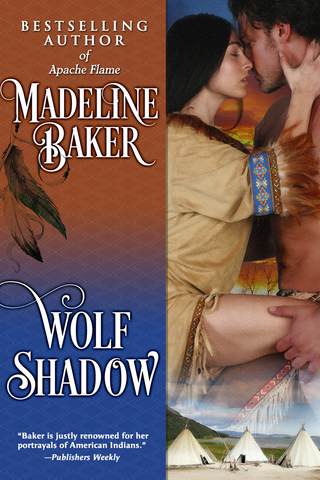 Kidnapped by Indians ten years ago at the age of seven, Teressa Bryant had no memory of her parents or her life in San Francisco. Known as Winter Rain by the Lakota, she is on the verge of marrying a Lakota warrior when a handsome stranger rides into the village.

“Baker is justly renowned for her portrayals of American Indians.—Publishers Weekly

The Indians came boiling out of the timbered hills like angry ants whose nest had been disturbed. Teressa Bryant stared at them out of the window of the stage coach, her eyes wide with delight. Mama had said they might see Indians on their way to San Francisco, but Teressa hadn’t expected anything like this.

As the Indians drew closer, she saw that they wore pretty feathers in their long black hair. There were streaks of paint smeared on their faces and chests. Some of the Indians carried bows and had quivers filled with arrows slung over their shoulders, some carried long lances with feathers tied to the shaft. A few of them waved rifles in the air. She noticed that the Indians painted their horses, too. One had a red handprint painted on its rump, another had white circles painted around its eyes, still another had zigzaggy lines painted on its legs.

She felt a shiver of unease as some of the Indians drew alongside the coach. She could see their faces now, hear their cries, and they didn’t sound friendly.

As more Indians surrounded the coach, Teressa turned to look at her mama for reassurance, but mama looked as scared as Teressa felt.

Papa patted Teressa on her arm. “Don’t worry, Teressa mia,” he said in his big booming voice. “Everything will be all right.”

She nodded, her heart pounding with fear.

Mama pressed Teressa’s head against her shoulder. She could hear Mama praying, asking the blessed Virgin to protect them, could hear the sound of arrows whizzing around the coach like angry hornets.

Teressa heard the driver shout at the horses, heard the crack of his whip. The coach picked up speed and for a moment, she thought they might get away. And then, to her horror, the coach began to tilt to one side.

With a shriek of fear, Teressa threw her arms around her mother’s neck. The coach balanced precariously on two wheels for what seemed like a very long time before it slowly toppled over on its side.

Teressa cried out as she was thrown off the seat, along with Mama and Papa. Stars exploded in front of her eyes as her head hit the side of the coach. She heard Mama groan softly, heard Papa swear as they tumbled inside the coach, arms and legs flailing. Hearing papa swear scared her almost more than anything else because her Papa never said those words in front of Mama.

The coach skidded to a stop in a choking cloud of dust. Outside, the Indians were shouting to each other.

Moments later, the door, which was now where the roof should have been, was wrenched open and an Indian peered down at them.

Teressa stared at the gun in her father’s hand, covered her ears with her hands when he fired at the Indian and missed.

With a low cry, the Indian shot two arrows at Papa. One arrow pierced his right shoulder, the other his left thigh. With a cry of pain, her father fell backward.

Teressa stared in open-mouthed horror at the arrows quivering in her father’s flesh.
Mama screamed Papa’s name as she pulled him into her lap and cradled him in her arms.

Teressa stared up at the Indian, her eyes filling with tears. “I hate you!” she shrieked. “You killed my Papa!”

The Indian looked at her through narrowed eyes, then dropped lightly inside the coach.

Teressa tried to duck out of his way, but he grabbed hold of her with one big hand and pushed her up through the doorway and into the arms of another Indian. She saw three other Indians cutting the horses free of the broken traces and leading them away. The driver lay face down a few yards away. She wondered if he was dead.

Teressa heard Mama screaming her name as the Indian lifted her onto the back of his horse and vaulted up behind her, one arm settling around her waist.

Teressa scratched the Indian’s arm, trying to get free, and when that didn’t work, she bit him as hard as she could, but he only laughed and urged his horse into a trot.

Sobbing and hiccoughing, she stared over the Indian’s shoulder, crying for Mama and Papa, but the Indian ignored her and kept riding.

With tears rolling down her cheeks, Teressa stared at the coach, watching it get smaller and smaller until it was out of sight.