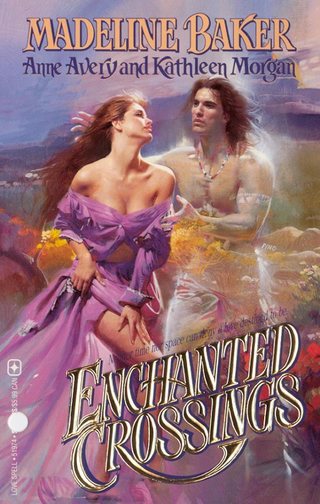 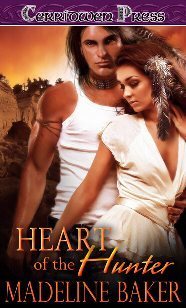 HEART OF THE HUNTER 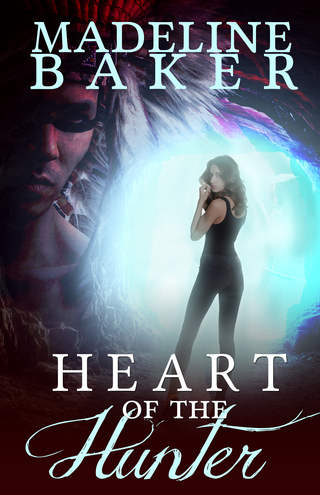 Night Owl Review Top Pick
Powerful and mesmerizing, this story puts Madeline Baker square on my list of authors to watch out for. I loved how Blue Crow and Kelly's love unfolded. Tender and filled with the pathos of their circumstances, it kept me flipping frantically, desperately curious to see how their love would end and whether they would get their happily ever after.
The juxtaposition of Kelly's relationship with Lee was well-done, with Lee's personal struggles and past ghosts clearly outlined. Despite his circumstances and his original plans, Baker portrayed him as such a sympathetic character that it was almost hard to pick between him and Blue Crow.
I would have liked to have had a little more background story on Blue Crow and some explanation of how he managed to exist for that long in suspension and how Kelly could feel him. Although the story stood pretty solidly without an explanation, having that little more would have made it a much better story.
I was very sorry to see the story end, but then Blue Crow just might be my new favorite character. I can't wait to see if there's any other stories from this author.

The two men glared at the Indian who stood between their freedom and a king’s ransom in gold.

The Indian was tall, his skin the color of dark bronze, his eyes as black as the bowels of hell. His voice was like slow thunder as he ordered them to get out of the cave and leave the gold behind.

Charlie McBride was willing. Life was more precious than gold. Any fool knew that.

Any fool except Denver Wilkie.

As soon as they cleared the cave, Denver drew his .44 and fired at the Indian. Denver was a crack shot and the bullet struck the redskin in the chest, just left of center. Blood oozed from the wound, spreading like crimson tears over the warrior’s buckskin shirt.

The Indian fired back. His first bullet struck Denver in the throat, unleashing a fountain of blood.

The second smashed into Charlie McBride’s shoulder. He staggered backward, tripped over a rock and landed on his rump, hard. More frightened than he’d ever been in his life, Charlie stared up at the Indian, certain he was about to be given a one-way ticket to hell.

For a moment, the two men stared at each other and Charlie felt as if the warrior were probing deep into his soul, prying into the innermost secrets and desires of his heart.

And then the warrior lowered his rifle. “Take only…what you need,” he said at last. “If you take…one nugget more…my spirit will haunt you…for as long as you live.”

His mouth as dry as the dust of Arizona, Charlie McBride could only nod.

“My body…” The Indian was swaying on his feet now. “Do not leave it…out here…”

“Inside the cave,” the warrior said, his voice growing faint. “Swear it…”

“I promise,” Charlie said, but the Indian was past hearing.

Slowly, the life faded from the warrior’s eyes, the strength left his legs and he fell slowly, gracefully to the ground.

Although he was growing a little light-headed from the blood he’d lost, Charlie McBride kept his promise. He jammed his neckerchief over the wound in his shoulder to stop the bleeding, then wrapped the dead warrior in Denver’s faded Hudson’s Bay blanket and left the Indian’s body on a natural shelf deep in the bowels of the cave, across from the treasure he had died to protect.

Then, his saddlebags filled with a fortune in gold, Charlie McBride rode away from the mountain.

His first stop was the land office, where he bought two hundred acres of land, including the Indian’s mountain, even though he knew he’d never set foot in that cave again.